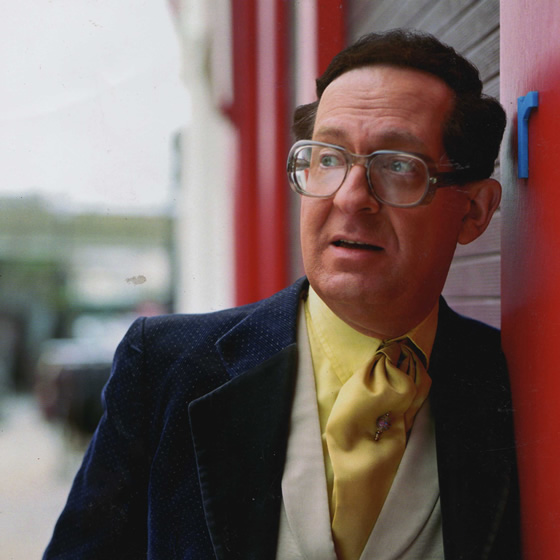 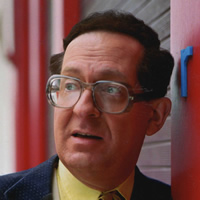 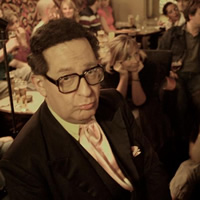 “For much of the time you think he’s only ad-libbing, but slowly realise that you are in the presence of a master of the art of cabaret. The man is unmissable as singer, songwriter, Jazz musician, comedian and, possibly my favourite this year, as a dance-track singer. He’s a joy! He is classic! He is a must!” Russel Hunter

For years, Earl Okin has headlined under the byline ‘Musical Genius & Sex Symbol’ (also the name of his SONY CD).

He first learnt his stagecraft in folk clubs. When they were replaced by comedy clubs, Earl moved effortlessly from one to the other and has been a headline act on the unforgiving UK alternative comedy circuit for decades, highly respected by all his fellow performers, young and old.

He began, however, at the Comic Strip, alongside, Rik Mayall, French & Saunders, Nigel Planer et al.

Among his admirers are such names as Billy Connolly (who likewise began his career in folk-clubs), Sacha Baron Cohen and Eddie Izzard (at whose clubs Earl headlined when they were both starting out).

Among his American admirers are such established names as Emo Philips and Rick Overton.

Earl has probably performed more ‘encores’ than just about anyone around and his blend of comedy and music (Tom Lehrer was one of his influences) is in demand literally around the world.

Earl has performed at such festivals as Juste Pour Rire in Montreal, the Adelaide Fringe in Australia and Humorologie in Belgium with equal success. He regularly performs in Sweden, Germany, Austria and Holland… and at such famous US clubs as The Comedy Store, Caroline’s, The Improv. and The Ice House.

For 18 years straight, Earl performed at the internationally famous Edinburgh Festival Fringe,consistently coming away in profit… a major achievement, as any Edinburgh performer will agree!

Last but not least, Earl is in high demand for both corporate and private parties, having entertained not only Queen Elizabeth II but the king and queen of Sweden, too.

As with everything else he does, Earl Okin’s comedy is unique!

Earl Okin is one of the world’s finest songwriters….and in a variety of genresfrom Pop/Rock to Jazz, from Bossa Nova to Ballads.

Hugely melodic and always based on musically satisfying chord sequences.

These are all among Earl’s heroes, though his first influence was the music of Puccini and Verdi, still major loves in Earl’s life.

Earl was first signed to the same company as The Beatles, recording at the legendary Abbey Road Studios in 1967.

At that time, his songs were also covered by Helen Shapiro, Cilla Black and Georgie Fame.

Earl was the only performer ever to open for Paul McCartney & Wings, which he did in 1979.

Although his careers as comedian and Jazz concert artiste have taken up much of his time, Earl have never stopped writing songs and there are now several CDs available of his songs both old and new.

Mango & Other Delights.
Bossa Britanica.
Songs From A Garden Shed.

Indeed, Earl is working on a brand new collection of songs at this very moment!

Last but not least, Earl has recently written a full musical. Hopefully, this will be staged within 12 months or so. As they say, watch this space!